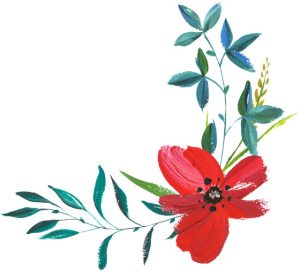 Thank you to all who attended our May 26 sangha meeting. Attendees are listed at the end of this report. We have three sangha meetings per year. Minutes are published on our website and will continue to be posted on our bulletin board.

RGMI Report presented by John
RGMI is flourishing with numerous teacher and teen trainings this spring. Teacher trainings occurred at both MCZC and at school and other off-site locations. Two Heart of Teaching (HOT) Retreats were held at MCZC on April 13 and May 4. Off-site teacher trainings were held for the LANL Foundation and for Taos Academy. John noted that the HOT retreats are encouraging attendees to seek further training in mindfulness and some have brought RGMI to their schools for additional mindfulness instruction. RGMI has been asked to give a mindfulness training in San Diego.

RGMI offered several trainings for teens including an eight-week training at MCZC with Desert Academy student. A single training with Davis Scholars occurs in early June.

RGMI sent three faculty members to the statewide Mindfulness Conference in Albuquerque this past April which focused on social justice and equity issues within the context of mindfulness training. In June, John will continue his work (and personal/professional development) at an ibme retreat.

Mary Ann Bennett and Adam Ortman spoke about their experience working with RGMI and teaching the recent class for Acequia Madre teachers. Mary Ann is developing Mindful Movement into the RGMI curriculum, helping teachers become more embodied and present to themselves and their students. Adam has a full time job teaching mindfulness at an independent school in Austin Texas. His job started as a seed program with the Mindfulness Directors Project.

Fundraising Report presented by Johanna
We will have a mid-year fundraising campaign. Generosity is the theme. Look for an email by June 1. We may also have a regular mail campaign sent to members in June. Reminder: membership dues covers only 25% of MCZC operating costs.

The fundraising committee would love some new energy and input. Interested members and friends should contact Rachel or Johanna if you’d like to help or be on the committee. Smitty has a fundraising background and made a general suggestion about how to ask for money.

Cottage Update
Gudrun reports that the cottage interior is finished, all four lofts and the final bedroom are mudded and ready to use. Carpeting will soon be installed in the final two lofts as will the ladder and railing. The space is looking beautiful. Many thanks to Gudrun for her dedication to finishing the many small details in the cottage. 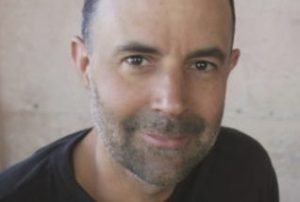 One. Activities at MC:

Spring Sesshin, March 11-17, had 32 attendees, and was a six-day retreat. The team was Peg on bell, Jan as attendant and Bill as zendo-head: all were superb. A strong and profound experience, with a couple of somewhat less settled newcomers, but a deep retreat nonetheless. Sean and Sarah again handled work-practice very well.

One intro weekend February 15-17, with attendance of around 20, led by Henry, with support from Will and Kathryn. Excellent experience.

Second intro weekend May 17-19, led by Will with support from MaryAnn. Henry gave one talk with Q and A after. Attendance of 14. A beautiful, quiet and powerful retreat.

Weekday early morning sits have continued consistently, with breakfasts after, now held from 7-8 AM.

Afternoon dokusan continued most Wednesdays and Thursdays, in addition to Thursdays after teisho, and Monday mornings.

Attendance on Wednesday and Thursday evenings has been steady.

Intro class generally around 10-13; with Henry usually offering a short talk, while being mostly led by a member of the intro team.

Thursday evening attendance from low 30s to mid 40s. The lowest attendance for Thursdays were the sits right before and after Henry’s absence in Germany.

Skype dokusan/interviews also ongoing, on Wednesday and Thursday afternoons, and some Monday mornings.

Stephen Jenkinson on February 11 – around 65 attended, with zendo beautifully arranged by the residents.

Weekend of meditation in San Diego: April 5-7. 37 attended Friday evening, and around 30 the Saturday all-day, all at Gather yoga studio in Encinitas CA.

Sean and Sarah have been attending dokusan regularly and doing very well in their practice. Stepping their new roles well and taking care of MC superbly!

Henry attended two weeks of Zen teacher John Gaynor’s 4-week “Mini-ango” at Sonnenhof in Germany, April 30-May 13. Powerful, deep, restorative and expanding practice for Henry. Together with the sesshin immediately prior, this resulted in a three and a half week (unpaid) absence from MC.

— Stephen Batchelor is still in prospect for late February 2020 – talk plus possible workshop.

— Henry’s book One Blade of Grass forthcoming from Counterpoint, due out October 15, 2019

— Nancy O’Connor is kindly editing some of Henry’s NL messages into book form. More on this as the project progresses.

— Henry and Tias would like to produce a book on their teachings of Yoga and Zen held at Esalen. Their talks have been recorded and need to be transcribed.

—Henry’s back health is much improved, thanks to a course of physical therapy and a renewed fitness program.

—Overall, Henry is now aiming to build more rest and recuperation time into his schedule, especially after retreats. Bulletin: he is not getting younger.

"I and all beings have simultaneously attained the Way" ~ Buddha Description: This is the first i[...]

Dharmatalk: Zen and the New Story

"Meditation is bound to fail if it is being done to fix a problem." ~ Barry Magid Description: In[...]

Today's Message from Henry is a short excerpt from Henry’s path of training as recounted in One Blad[...]

In the place of our residential summer sesshin, we are offering a four-day Virtual Retreat,  Thursda[...]

Message from Henry is an excerpt from Henry’s path of training as recounted in One Blade of Grass. [...]