By MCZC on February 6, 2020 in General News & Announcements

Stephen Batchelor, Buddhist writer and teacher is returning to Mountain Cloud. Join us for two events in early March.

Monday evening March 2, Stephen will be giving a talk at 6:30pm.  All are invited, no reservation required, dana appreciated. Join us in the zendo for what is certain to be a fascinating evening with Stephen.

Wednesday afternoon March 4, from 1:00-5:00pm, Stephen will be joined by Henry to co-lead a workshop, The Dharma and Greek Philosophy. Cost is $30 for the afternoon. Register online to reserve your place. 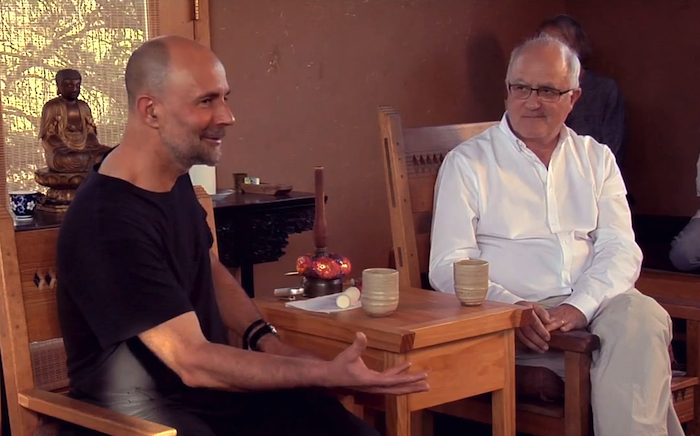 Stephen Batchelor is a contemporary Buddhist teacher and writer, best known for his secular or agnostic approach to Buddhism. Stephen considers Buddhism to be a constantly evolving culture of awakening rather than a religious system based on immutable dogmas and beliefs. In particular, he regards the doctrines of karma and rebirth to be features of ancient Indian civilisation and not intrinsic to what the Buddha taught. Buddhism has survived for the past 2,500 years because of its capacity to reinvent itself in accord with the needs of the different Asian societies with which it has creatively interacted throughout its history. As Buddhism encounters modernity, it enters a vital new phase of its development. Through his writings, translations and teaching, Stephen engages in a critical exploration of Buddhism’s role in the modern world, which has earned him both condemnation as a heretic and praise as a reformer.

Dharmatalk: Case 96, Book of Equanimity: Kyuho Does Not Acknowledge (Part 1)

Each thing is itself a miracle. Description: What is a koan? Why are they used in Zen training?[...]

Tea and Zen with Chado New Mexico, Sunday March 8, 10am

Registration is closed, the retreat is full. Please join us for this early spring offering of sit[...]

An excerpt from part way through Henry's path of training as recounted in One Blade of Grass... [...]

Mindfulness: You are Not Alone

In a recent article titled You Are Not Alone, Jack Kornfield reminds us that we are intricately [...]