Nurturing and supporting “kensho”, realization of the way in Zen, is Sanbo Zen’s primary mission. It may be the only practice dedicated solely to awakening, followed by the complete integration of that direct experience into every aspect of life. It’s goal is to deepen and perfect the clarity of this direct experience.

Who is this guy?

This is Zen Master Masamichi Yamada, also known as Ryoun Yamada Roshi, the head Abbot of Sanbo Zen. Here’s a little history of his business career in banking that might intrigue you:

By the time the dust settled in 2006, this Zen Master managed the merger of The Bank of Tokyo, with Mitsubishi Bank and UFJ Bank – adding a new entry to the top 10 banks in the world, Bank of Tokyo-Mistsubishi UFJ with $720 billion in assets! Chase had $300 billion.

If that’s not enough to get your attention, do you remember the October 2008 global financial collapse caused by the U.S. sub-prime crisis?

Once again, through the newly created Mitsubishi UFJ-Mistsubishi Financial Group, Masamichi Yamada and his team engineered a 21% acquisition of the infamous Morgan Stanley.

During those desperate days, there was such urgency regarding Morgan Stanley’s financial crisis that many did not think that funds could be wire transferred in time to avoid the failure of the titan bank, expected the next day.

How did they manage to get Morgan Stanley the $9 billion dollars they needed to survive- quickly enough?

Well, they wrote the largest check ever signed, delivered and cashed—in history:

In America, where fame, money and success is worshiped, Masamichi (Ryoun) Yamada, makes Donald Trump look like a piker. Bloomberg calculated that in March 2010, Mitsubishi UFJ held assets of $2.6 trillion dollars, putting in in the top ten of largest banks in the world.

And, he is a Zen Master?… In short, the answer is yes.

Ryoun Roshi is the Abbot of Sanbo Zen, still headquartered in Kamakura Japan.

Sanbokyodan, now known as Sanbo Zen, is unique: It is a Japanese Zen lineage whose primary mission is help lay people (that’s you and me) directly experience kensho (the experience of awakening), and, having seen the reality of our nature, deepen and clarify that experience in the marketplace. Some might call that Abidance with a capital A.

When meeting Ryoun Roshi, you quickly begin to warm to his contemporary vision…

The enlightenment experience of Shakyamuni Buddha- the exact experience of his true nature, 2500 years ago, is available to us all—right now- today. Nurturing and supporting “kensho”, realization of the way in Zen, is Sanbo Zen’s primary mission. It may be the only practice dedicated solely to awakening, followed by the complete integration of that direct experience into every aspect of life. It’s goal is to deepen and perfect the clarity of this direct experience.

Teachers in Sanbo Zen are taught very carefully to recognize this direct experience of opening. All awakenings share common elements: it could be referred to as the experience of boundlessness.

The experience shreds the illusory belief in separation. Sanbo Zen is emphatic: it must be experienced. Inexplicable, the direct experience of kensho could be said to be the indelible realization that there is no one to be enlightened. The belief in the independent, separate existence of everyone and everything– “I am here” and “You are there”– is not the reality of our being; in fact, it the source of all of our world suffering.

Zen is NOT a religion. Zen literally translates to “meditation”. It’s sole purpose is to find your true self. It’s approach is open to everyone- it transcends religion. Yamada Koun Roshi, Ryoun’s father, once said: “A Christian becomes a better Christian if he practice Zen”

Sanbo Zen could be described as “stripped down” Zen, with much of the formality, ritual, and ritual cast off. In its place is a well organized, button down practice– a combination of zazen, seated meditation, coupled with the intimate guidance of a qualified teacher using koan study to deepen and clarify the student’s journey.

Koans are “explosive devices” designed to short circuit conceptual thinking and logic. You can watch two short videos of a Sanbo Zen teacher, Migaku Sato, explaining koans and dokusan, the one on one meetings with the teacher.

Sanbo Zen is dedicated to the ordinary layman. It is not monastic. Many of it’s students are pre-eminent engineers, Doctors, businessmen, theologians, and artists. They are people of all walks of life, deeply involved in life. Not even Sanbo Zen may survive the transition due to the pace of 21st century civilization. Work, family and the quickening pace of society distracts us. This will continue to plague us until and unless we turn our focus.

The practice is suited to those deeply curious about the big questions: Who or what am I? Where do you go when you die? Where did you come from? Where are you right now? “You can see this body, but, where are you?”  asks Yamada Ryoun Roshi

True Dharma is going to flourish first in America. Why? In a word, “consumptionism”. Most people can identify with the feeling that “Something is missing, but I am not sure what.” In a word, it is a sense of “dis-ease”, “lack” or as Buddha called it Dukkha, suffering.

No other culture has had the bounty of America; no other culture has indulged virtually every possible gross and subtle extravagance in the pursuit of happiness. Sex, wealth, vanity, lust, drugs, alcohol, television, internet, food—every conceivable material object that can be found—even “enlightenment” has been pursued in the vain attempt to “fill the hole” deep inside.  There remains only one place to explore: within.

Zen IS work. It IS your true self. That is the reality. Work and Zen has no separation.  And, it is work that Ryoun Roshi continues to do.

Since 2005, Masamichi Yamada (Ryoun Roshi) has served as Chairman of the Board of Mitsubishi UFJ Morgan Stanley, Standing Corporate Auditor of Tokyu Store Corporation, Director of Mitsubishi Development Pty LTD, Auditor of Shiroki corporation and continues as Chairman of Itoki Corporation, a furniture manufacturing and distribution company–with protection of the global environment as part of its core business.

Although many if his employees laud his concern for them, very few are even aware that he is a Zen master.

“Awakening is a fact, like the taste of tea. It is a solemn reality rather than the product of intellectual thought. It is a direct experience, which is available to everyone. This experience could be described as the direct realization that duality, the conceptual belief in separation which results in a view of dualistic opposition is illusory.

Awakening is like seeing your eye with your own eye. Realizing this would be the quickest way to transcend “me-you” dualistic opposition in all of it’s forms and would bring true peace to the world.”

Originally published as Zen and Work: Sanbo Zen on the Stillness Speaks Website.

Images of Yamada Roshi are by Cherie Manifest unless otherwise noted. World’s Largest Check by Celebrity Net Worth.

The Apposition of Opposites: Dharma Talk with Scott Thornton (Video)

Taking up Koan #87 of The Blue Cliff Record, “Unmon’s Medicine and Disease,” assistant Sanbo Zen teacher Scott Thornton explores the creative use of opposites in psychology and theatre, and
Watch Video

“… we must drop all the schemes and agendas we may bring to our sitting ...” “… I want to devote myself to the capaciousness of my heart ...” Description:
Listen to Podcast

We are happy to connect with you

Subscribe here to receive news and information about current events, opportunities and teachings from our Zen teacher Henry Shukman. 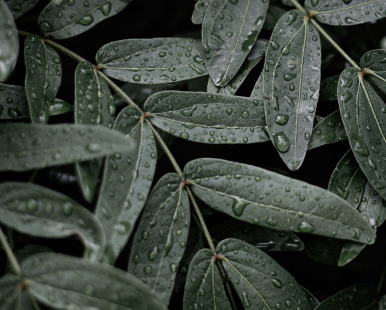 You can show your gratitude for Mountain Cloud events, retreats, podcasts and other teachings by making a one-time gift, or by becoming a supporting member.